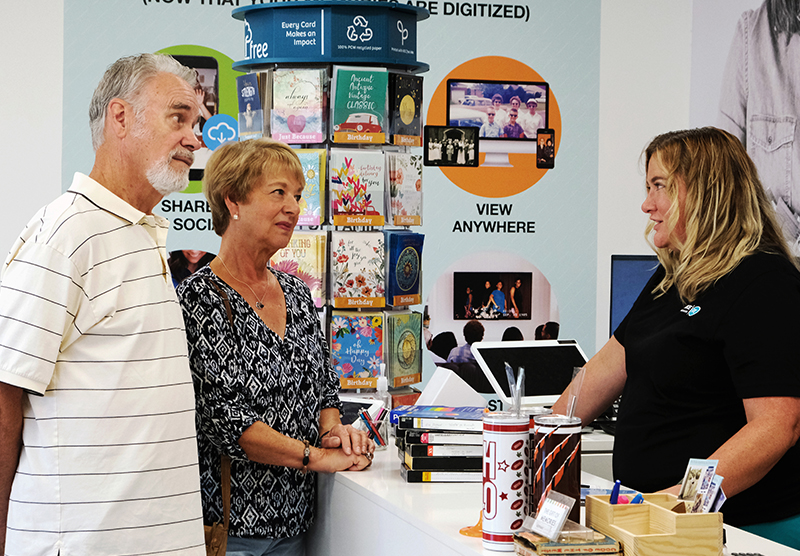 Patty and Joe have always kept their technology for longer than anyone would imagine. They took care of the machines to make sure they could always view their memories, but even then, technology can only last so long. Their VCR was finally on the fritz, and they thought it was time to get their VHS into a newer format. One of Joe’s buddies told him about Keepsake, so he and Patty headed our way. They were hesitant, not wanting their memories to be lost or messed up, but when they got here, they were reassured that everything was done in our building and that they would get their original tapes back in the condition they came in. We were able to get all their tapes onto a flash drive, and with some assistance from their son, they are now able to sit down in front of their computer or smart TV and watch their memories again. 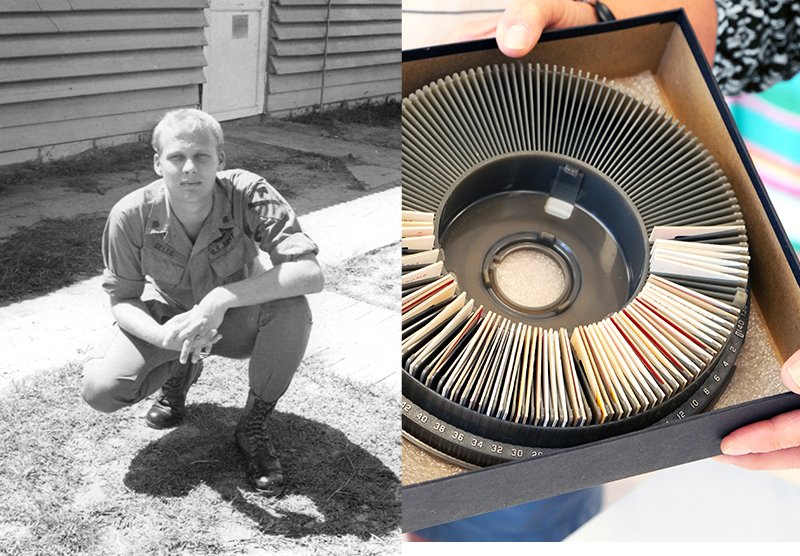 Eugene was drafted into the Vietnam War and many of his brothers in arms were lost to the jungle. When he returned home, he had a collection of slides that he refused to look at because it reminded him too much of the past. But, he couldn’t bring himself to get rid of that history. When his wife, Betty, found the box of slides decades later, she asked what they were and he told her he didn’t want to see them, but she thought it would be nice to have them scanned so they could show their grandchildren. After years of convincing, he agreed to have it done, under the condition that they took them to a reputable place that he could trust and that he didn’t have to look at them once they were transferred. He and his wife brought them in, explained the story, scoped out the place, and walked out the door, entrusting us with the box of slides they left behind. When Betty came back to pick the slides up, she thanked us for being so kind and helping her to preserve Eugene’s history, even though it has been hard for him to look back. 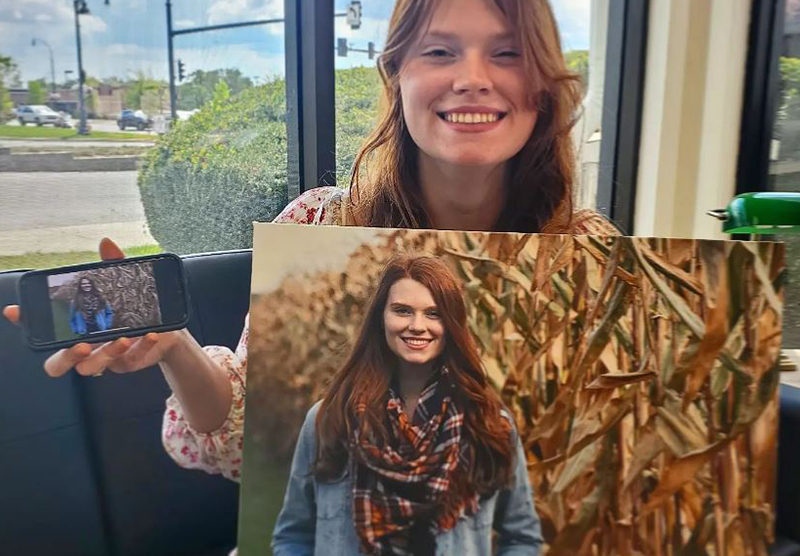 From mobile image to stunning canvas!

Stephanie always heard her mom complaining about how all their photos were now on her phone and that she didn’t have anything to hang on her walls. When a post from Keepsake came up on her Instagram showing a canvas print, she got an idea. With her mom’s birthday coming up, she thought it would be cute to have a photo of her printed on canvas for her mom’s wall. She brought us a picture and even though it was a phone resolution, we were able to get it print-ready. Later on, Stephanie came back in to thank us for what we did; her mom was so happy when she opened her gift.

Sarah was busy cleaning out her grandparent’s attic and came across a metal container; curious about what was inside the interesting vessel, she opened it up and found multiple 8mm film reels. She had no idea what to do with them but knew she wanted to see the images in motion. She found us online and brought them in the next day. By the following week, we had the reels back to her with the video digitized in a format that she could view! She couldn’t wait to sit down with her grandparents and see them reliving their memories. 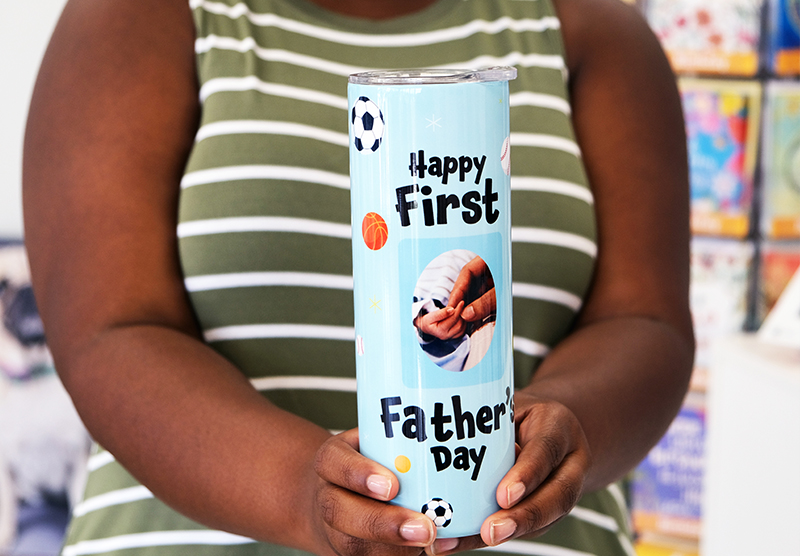 It had been years of waiting, but finally, Tanisha’s son had a child. Her grandchild! She was over the moon and needed to do something after the birth of the sweet boy, but she didn’t know what. On an afternoon trip to the ice cream shop next door, she saw our product display through the window. She abandoned the ice cream and ran inside, trying to find out as much as she could about what we do. That day, she left with an order for a custom-made tumbler with her grandchild’s picture and a mousepad to give to her son. And of course, she also got her ice cream. 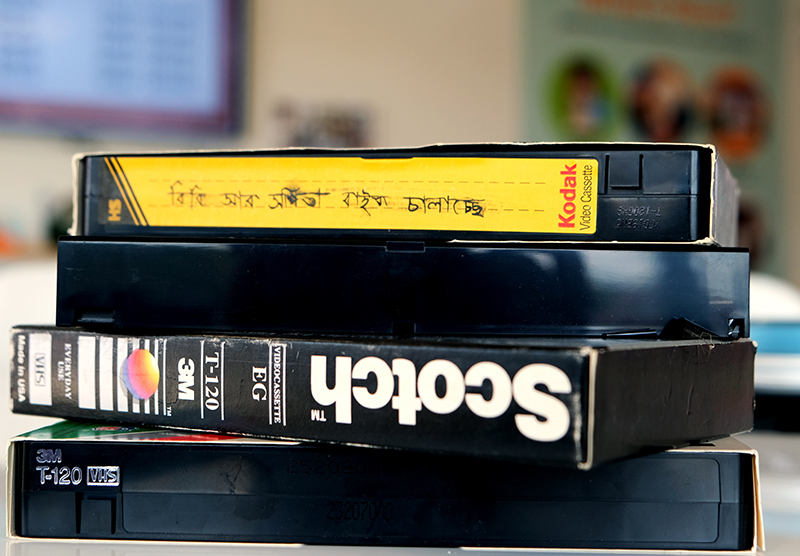 Rini lived in Bangladesh when she was younger, so getting her childhood video tapes transferred was a bit more difficult. Some tapes from other countries need different types of equipment to pick up a signal. She needed someone who had access to a PAL player, and that’s where we came in. She was ecstatic when we could help. She brought them in and now, after all these years, she can once again see the home and country she grew up in.